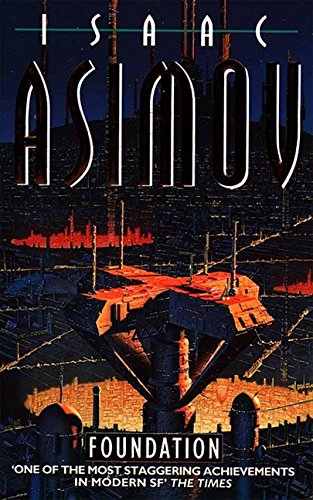 The tale of the emergence of the Foundation from the ruins of the Galactic Empire. First of the original Foundation series.

Foundation: A book you must not just pretend to have read

Another delving into the magnificence of Asimov reveals more treasures. This book, the first of the original Foundation Series which later expanded into a 7 part opus, explores the history of the psychohistorians and the use of mathematics in a pre-Chaos Theory world. Using a brilliant amount of logic, the plot is essentially driven by the unfolding of the careful machinations of mathematician and psychologist Hari Seldon who had foreplanned most of the events through use of various techniques. Whilst admittedly most of the future protagonists are admittedly nothing more than the blind pawns of the prior plans of Seldon, there is still something about them which captures your imagination and inevitably leads you to wish for their survival in the sea of barbarism upon which they float.

There is one copy available to borrow from the library. This book has 240 pages.