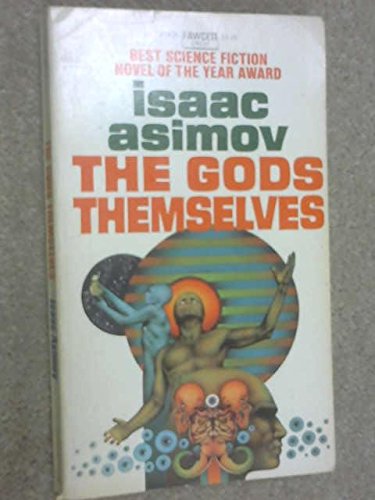 Against stupidity, the very gods themselves contend in vain....

"Folly, thou conquerest, and I must yield!
Against stupidity the very gods
Themselves contend in vain. Exalted reason,
Resplendent daughter of the head divine,
Wise foundress of the system of the world,
Guide of the stars, who art thou then if thou,
Bound to the tail of folly's uncurbed steed,
Must, vainly shrieking with the drunken crowd,
Eyes open, plunge down headlong in the abyss.
Accursed, who striveth after noble ends,
And with deliberate wisdom forms his plans!
To the fool-king belongs the world."
- Friedrich Schiller, Die Jungfrau von Orleans.

Like other works by Asimov, the plot is largely driven by logic problems and the resolution of such through scientific, mathematical or other endeavours. A multiverse of interesting and varied forms of life and characters with quite rich back-stories is opened to the reader, as a complex web of personal glory and intrigue summons varied worlds and individuals with complex and differing agendas in conflict with one another over the question of energy. The characters are quite believable, even if at points there can be problems with the full comprehension of imagined non-humanoid entities- there is always the problem of transitioning from mysterious non-humanoids in other sci-fi to a work where they are understandable and some discomfort about this, which is what affected me when reading this. However, the characters truly come alive and it does seem quite believable.

There are some problems in characterisation, with the potential problems of a lack of real female presence and the character of Selene falling into various fictional tropes that prevent the full development of a truly realistic character.

In spite of the problems, it is still a very enjoyable work of fiction and to be recommended. It is not necessarily my favourite work by Asimov, but it is a good work with a clever plot and good characters and must be read.

There are 2 copies available to borrow from the library. This book has 288 pages.