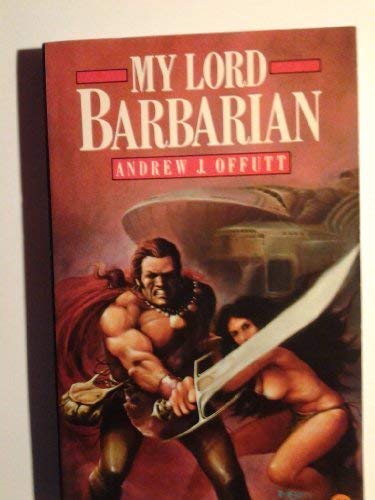 This story is set in an artificial solar system where 6 planets have been built around a 7th which is where the system Empire is ruled from. At some point in the past, the peoples of these 7 worlds have rebelled against science and so have devolved into superstition and barbarism. On one of these worlds, the titular barbarian has recently united all the many tribes on his planet. The ageing Emperor invites him to visit with the mind to marry him to his young daughter, but instead he is framed for the murder of the Emperor and so begins a tale of politics, betrayal and adventure as he seeks to clear his name and save the young Empress.

It's an interesting story marred by a hefty chunk of misogyny. It also has a very weird language structure, which would be understandable for the speech of the characters, but it also is used in the non-dialogue too which makes it an odd read.

There is one copy available to borrow from the library. This book has 202 pages.