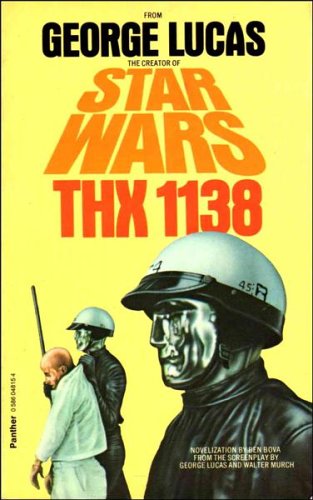 THX 1138 is a 1971 American science-fiction film set in a dystopian future in which the populace is controlled through android police and mandatory use of drugs that suppress emotions. It was directed by George Lucas in his feature film directorial debut in 1971.

This is the later novelisation by Ben BOva.

There is one copy available to borrow from the library. This book has 157 pages.